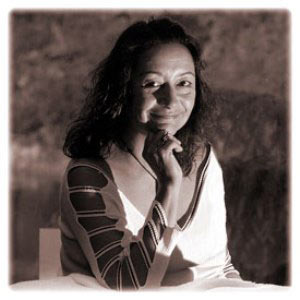 I was born in 1956 in Gisborne, the first place in the world to see the sun in the east. I belong to a Maori tribe from the West ,Te Atiawa descending from Te Whiti of Rongomai who led one of the first pacifist resistance movements in the world. Still today our people wear the plume of three white feathers symbolic of this movement and its spiritual legacy, peace on Earth and goodwill to all mankind. My other tribe is Ngati Whakaue of Rotorua where I returned to open Wikitoria Maori Healing in 2010. My great grandfather was Pererika Peneti, the first Maori Bishop of Aotearoa.

Twenty years ago my life was out of balance. Three of my immediate family had passed over. My spiritual search led me to a group of Maori Healers that utilised a powerful and direct style of traditional healing.

My first Romiromi bodywork shifted my life and set me upon a journey of self-development.

I trained in the traditional clinics for eight years before opening Wikitoria Maori Healing practice in Rotorua 2010 to offer private treatments and workshops. For the past seven years I have facilitated Traditional Maori Healing workshops in Aotearoa (NZ), Australia, Hawaii and Germany.

In 2001 I went in search of some healing and was guided by Matua Pat Ruka to a traditional Maori healing clinic in Auckland. I was to meet two men who would change my life. Hohepa De La Mere known as Papa Joe was a world renown Tohunga (high priest, expert) and teacher of matauranga (knowledge) Maori. He held waananga (workshops) and traditional Maori healing clinics around New Zealand and throughout the world before his passing in 2006. One of his first students was Lui Perez who was given a body of knowledge or ‘Waananga Lore’ and responsibility to run Papa’s clinics in Auckland. I studied and trained under Lui for over seven years before opening my own practice in Rotorua.

I am forever grateful to have crossed paths with Papa Joe and Lui who shared the traditional Maori Healing Taonga with me. It is a great honour to share this ‘taonga’ – the ancient gift passed down by the ancestors. My biggest acknowledgement is to my mentor the late world renown Tohunga Papa Hohepa (Joe) De La Mere for the Whare Waananga, the body of traditional Māori healing wisdom and knowledge… a gift from the Ancient Ones ‘he taonga tuku iho’. Traditional Maori healing is an ancient and holistic path to health and wellbeing!

I am humbled to be able to share and perpetuate our Traditional Maori healing knowledge, a path to health, well-being and enlightenment in Aotearoa and around the world. My most recent facilitation of my workshops is happening on the beautiful sacred land at The Sound Temple in Western Australia. It warms my heart to share this taonga with those who wish to receive this knowledge in service to humanity.

Wikitoria and Timoti work together and are hosting some of their Maori Healing Workshops in Perth, Western Australia at The Sound Temple.

Read more about Wikitoria at www.wikitoriamaorihealing.co.nz