Bunnies, Births and Blessings … and the Easter Bilby

Bunnies, Births and Blessings … and the Easter Bilby

The Traditions behind our Easter Celebrations

Since the pre-historic era, people have come together to celebrate the equinoxes and the solstices as sacred and significant events. While it was a way of honouring and making meaning of the changing cycles of life, traditional societies came to map their whole life according to the patterns of nature. Sacred Easter traditions have a long and vibrant history based on the origins of Pagan Festivals celebrating Spring in the Northern Hemisphere, going back long before the advent of Christianity.

Following the advent of Christianity, the Easter period became associated with the resurrection of Christ, as the church attached their new festivals to old pagan ceremonies and celebrations. Spring festivals, with the theme of renewal and rebirth after the long dark cold of winter, became connected with the resurrection of Jesus Christ. In this same vein, many of the pagan customs associated with the coming of spring, came to be used in Christian celebrations as symbols of Christ’s rebirth. Eggs, an ancient symbol of new life, became synonymous with Christian Easter traditions. During the Middle Ages, it was a common tradition to decorate eggs and eat them following mass on Easter Sunday after fasting through Lent. 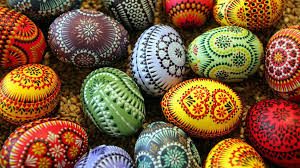 In English-speaking countries, Easter takes its name from Anglo-Saxon pagan goddess ‘Eostre’, Goddess of Spring or renewal. The symbolism of the bunny is also linked with this goddess, whose symbol was a rabbit or hare. The ancient custom of baking sweet buns as a celebratory food was another common pagan tradition, celebrated by many cultures. It’s written that the early church clergy tried to put a stop to sacred cakes being baked at Easter but in the end, in the face of the overwhelming popularity of the ritual, they gave up and blessed the cake giving instead!

The date of Easter is a moveable affair, falling somewhere between March 25 and April 25 each year. This happens because of the decision in 325AD at the first major church council, the Council of Nicaea, that Easter should fall on the Sunday following the first full moon after the Spring equinox. In this sense, the date we celebrate Easter is very much determined by the movements of the planets and sun.

Australia’s public holiday periods of Easter and Christmas are based on Christian European celebrations, so we continue the custom of holding Easter in March or April, despite the fact that we are well and truly into our Autumn seasonal cycle. In Australia, our Easter traditions still carry the Christian impulse for many. It is a time of coming together as family, sharing chocolate, baking cakes and telling stories of the Easter bunny. Most recently, the Easter Bilby has been introduced into the mix as a way to raise funds and awareness about this endangered Australian marsupial. 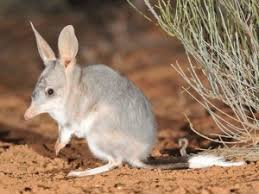 Whatever Easter means to you and your family, may there be time for reflection, time for celebration and time for lots of chocolate and Easter buns.  Stay safe.

About the Author: Dawn Steel